Thankfully, here in Saint Augustine, we have divers, treasure hunters and historians who know their history, ships galleons and shipwrecks.  Two of those historical and treasure hunting experts are Marc Anthony and Darrell Miklos.  As partners, they explore the bottom of the oceans, domestically and international, on dives to try and recover lost history and artifacts.  A powerful team, their combined knowledge, background and experience becomes part of the visit to Spanish Main Antiques as they share the story of the treasure they sell and create for customers who want to buy a piece of history.

Darrell Miklos has a long family history of success in underwater discoveries.  As a young boy, Miklos stowed away on his uncle's and father's boat as they recovered spent booster rockets for NASA's Apollo Program.  He and his sisters were tasked with collecting pieces of eight along the Treasure Coast shoreline for their dad.  Darrell and his father pursued their first shipwreck, Nuestra Senora de Atocha of the 1622 Spanish fleet, near the Marquesas Keys in 1979 and 1980.

As life would have it, Darrell's father met with astronaut Gordon Cooper.  The two men developed a close personal relationship that fueled Darrell's continued interest in underwater discoveries.  Cooper, now deceased, worked very closely with Kip Wagner's  Reale Eight Corporation, famous for discovering the location of the wrecks of the 1715 Fleet.  In 1997, Darrell worked very closely with Cooper on a recovery project in the Bahamas.  He and Gordon set out on expeditions ranging from visits to ancient Mayan ruins in the Yucatan and Campeche, Mexico, to Caribbean shipwreck exploration.  Darrell has continued to pay homage to Gordons Cooper's legacy by pursuing his passion for historic shipwreck discovery.

Marc Anthony has had a passion for diving since the age of ten.  His passion turned to treasure at the age of 16 when he found his first Spanish treasure coin.  He learned the jewelry business by working in his family's jewelry store, and then enrolled in a jewelry school of design and manufacturing.  After graduating from Terry Parker High School in Jacksonville, Marc took a course in marketing.  With combined educations and passions, he built a notable reputation for owning a very successful business in the Treasure Industry.

As a youth, Marc had the opportunity to work alongside some of the most recognized names in the Treasure Industry, such as Mel Fisher, Robert Marx, Bob Weller, Darrell Miklos, Dr. Eugene Lyons and countless others.  He is an accomplished underwater diver of shipwrecks off the coast of Florida and around the world including the 1715 Fleet, the Atocha and others.  As Marc was working on the 1715 Fleet Shipwreck, he was part of the team that found a solid gold box containing a rosary and rings valued at over $300,000.  This rosary was featured on the Hunt for Amazing Treasures.  Over the years, he's obtained some of the rarest pieces of treasure know to man.

Our founder, Marc Anthony's passion for diving began at the age of 10.  It quickly turned to to treasure at the age of 16 when he found his first Spanish treasure coin.  During his high school years, Marc worked in the family's jewelry store, and was enrolled in a jewelry school of design and manufacturing.

Studying history, traveling the world, and obtaining some of the rarest pieces of treasure known to man, gave Marc and advantage when deciding to open his own retail store in early 2000 in the Nation's Oldest City, St. Augustine, FL.   After years of success, in 2015 Marc Anthony moved his treasure shop to uptown St. Augustine to expand and become Florida's largest retail treasure shop.  Spanish Main Antiques preserves, displays and sells shipwreck artifact and nautical antiques as well as designs and creates wearable pieces of authentic shipwreck jewelry.  The store has gotten the attention of many celebrities such as Bobby Goldsboro, Robert Davi, Carson Kressley and others.  Marc also grabbed the attention of news media outlets worldwide in 2018, during an interview off Ponte Vedra Beach, FL where he helped identify a very large portion of a shipwreck hull that had washed up from he 1800s.

In the past 35 years, of diving, digging, salvaging and brokering millions of dollars in treasure,  Marc Anthony has earned  a reputation as a leader in the industry and is trusted to bring treasure divers, salvagers, and private collectors top dollar for their artifacts. 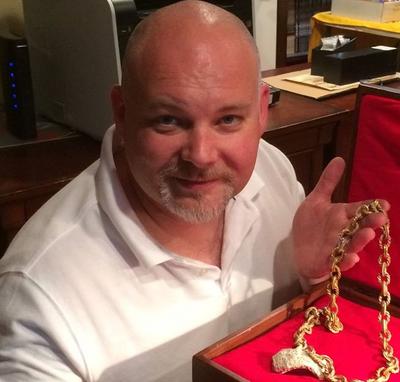 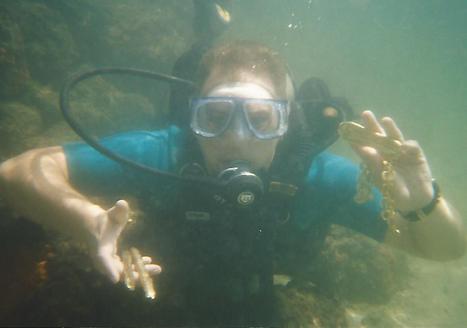 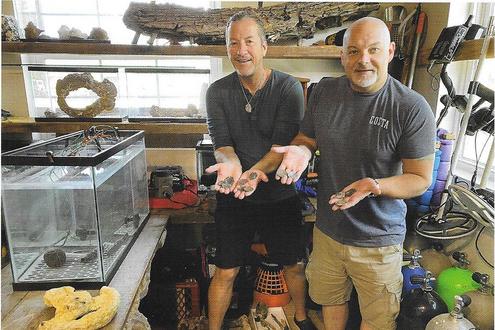 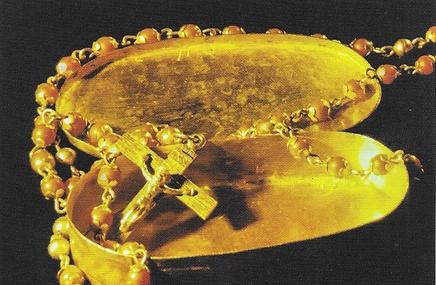 Saint Augustine is the oldest occupied European settlement in North America and is known for everything historical first.  Saint Augustine's wonderful retail stores sell everything from candles, cigars, souvenirs, local food favorites and everything else under the Florida sun.  My favorite store and where I spend many of my weekends learning is at Spanish Main Antiques.  The atmosphere there transports you  to the historical past of the Nation's Oldest City and will truly take your breath away.

Imagine, if you will a journey to the past arriving in Saint Augustine, which was the Spanish capital and at the center of the world's international affairs from t he 15th to 19th centuries.  The Spanish King's treasure ships and fleets of galleons would sail the Atlantic Ocean from Spain to the New World carrying booty or resources mined from the Americas.  Those fleets  encountered many pirates and privateers who would steal the booty from the ships.  However, hurricanes were the bigger fear and threat.  These hurricanes would literally ravage the galleons, split ships in half and spread goods all over the Atlantic Ocean floor.  As of 2021, not all of these treasures have been recovered.

In 2002 Marc decided to open his own retail store here in the Nation's Oldest CIty.  Spanish Main Antiques has provided authentic  treasure and historical artifacts for many well-known restaurant chains, movie sets, actors, VIPs and museums.  Marc was even featured in a 2006 treasure documentary.   Marc also grabbed the attention of  news media outlets worldwide in 2018,, captioning Marc's phrase as "the holy grail of shipwrecks" during an interview off Ponte Vedra Beach, Florida where he helped identify a vary large portion of a shipwrecked hull that had washed up from the 1800s.

It truly takes creativity, ingenuity, vision and perseverance to create the masterpieces that Marc designs, which are for sales to customers.  Together Marc and Darrell are an incredible team of treasure hunters that love history and sharing the story behind each and every piece which is certified, sealed and dated for authenticity.   Learn more at spanishmainantiques.com.